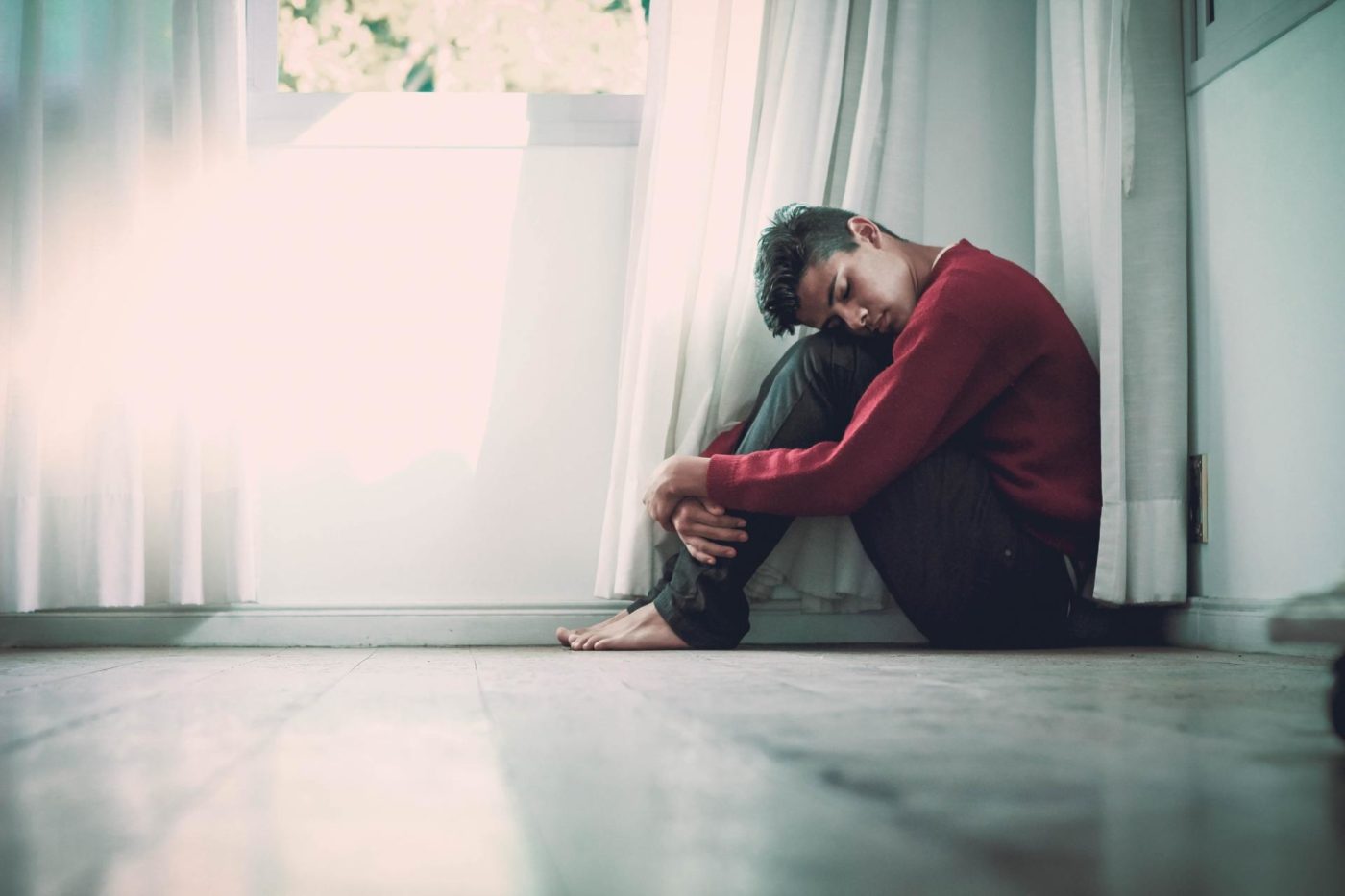 Guest writer, Poppy McGrath, talks openly about her own experiences of mental health and her perspective of the focus on normalising mental ill health…

I’ve toyed with writing this for a while. I feel that there are an infinite amount of blog posts talking about mental health, mental wellbeing and the importance of emphasising that ‘its ok not to be ok.’ Do I need to contribute to this? Probably not, but given that it’s mental health day I’m going to.

Whilst I appreciate the influx of posts discussing the existence of mental illness, I fear that too many of them gloss over the topic and dodge the ugliness that is mental ill health. I’ve seen enough posts of slim white girls washed with a Valencia filter preaching the benefits of green tea and yoga. I’ve seen too many Instagram posts telling me to ‘love my imperfections’ in pastel bubble font.

Why aren’t we talking about the ugly, often revolting aspects of mental ill health that debilitate so many? When we avoid the uncomfortable aspects of mental illness, we further stigmatise those who are not coping. As such, it makes critical conversations with friends, families, employers and medical professionals that much more daunting.

I’ve struggled with my own mental health from the age of about 12 after a childhood trauma. It left me feeling lost, scolded and disgusting. For the most part, I cope well now. However, mental illness leaves impenetrable stains that cannot be eradicated. Once they are there, they will always be there. The putrid stench of mental illness lingers in the wings and threatens to devastate everything you have worked hard to achieve in one fell swoop.

Whilst I’m not denying the benefits of exercise, eating well and hot baths, the associated narrative skims over the gritty and unattractive elements of what it means to be mentally ill. In doing this, we let the most vulnerable slip through the net.

We need to stop normalising mental illness. It’s not normal, it’s not standard and it’s not an aesthetic. It’s not ok to not be ok. I argue there is a distinct difference between de-stigmatisation and normalisation and they must be distinguished. In this context, de-stigmatisation is about eradicating the shame which is associated with mental illness. Normalisation refers to social processes through which ideas come to be perceived as ‘normal’ or ‘natural’ in everyday life. We must not conflate these two concepts.

It’s normal for moods to fluctuate throughout the day, it is not normal to feel invincible one week and idealising suicide the next.

It’s normal for teens and young people to feel ‘angsty’, it is not normal to have an epidemic of teenage suicide. Durkheim’s Suicide documented an increasing correlation between suicide rates and age. The explanation for this trend was largely rooted in the basic idea that young people have the most to lose and the most to get out of life. Such a relation has been consistently observed since the beginning of the nineteenth century, making it one of the most ‘robust’ facts about suicide (Cutler 2001). However, this has changed drastically in recent decades. Between 1950 and 1990, youth-suicide rates tripled and now suicide is the biggest killer of young people in the UK and Ireland (Samaritans Suicide Statistics Report 2019). This cannot be considered ‘normal’, or a mere component to the rich tapestry of youth.

I appreciate it can be difficult to recognise when ‘normal’ human experience begins to blend into the realm of mental illness, but ‘normalising’ this whole spectrum is unhelpful at best, and detrimental at worst. We run the risk of normalising suffering rather than de-stigmatising it. We should not be encouraging sufferers to believe that their symptoms are merely an aspect of the human condition. In addition to the obvious implications that mental ill-health brings, the sociological comorbidities of mental illness are frequently overlooked and seldom discussed in a full and frank manner.

Mental illness is insidious and can demolish lives in a number of ways. Aside from the obvious, it can make sufferers behave in ways that they would not normally behave. 26% of women and 16% of men said they had received treatment for a mental health problem in the year before custody and 25% of women and 15% of men in prison reported symptoms indicative of psychosis. The rate among the general public is about 4% (Prison Reform Trust 2019). How can we expect to address criminality without addressing the stark realities of mental illness?

Unfortunately, certain psychiatric conditions increase a person’s risk of committing a crime and it is imperative that we also address this ugly truth about mental illness.  Research suggests that patients with mental illness may be more prone to violence “if they do not receive adequate treatment, are actively experiencing delusions, or have long-standing paranoia.” (Ghiasi et al 2020). Individuals suffering should not be allowed to decline to this extent prior to receiving adequate medical attention.

I recall a mini-pupillage at which I witnessed an extremely vulnerable woman on trial for assault. The woman was homeless at the time of the incident and had a diagnosis of Bipolar I disorder. During a psychotic episode she had bitten a police officer whom she believed to be attacking her. This woman was looking at a potential sentence of 2 years in custody. This is nothing short of an epic failure on behalf of the state. Unsurprisingly, this correlation between mental illness, criminality and negligence is rarely discussed on mainstream platforms.

Multiple studies have shown that individuals with serious mental illness are particularly vulnerable to being the victims of crime. Often this involves acts such as theft but also includes violent victimisation such as emotional abuse, physical and sexual assault, and homicide.  This trend is also highly gendered; women who have severe psychiatric illness are particularly vulnerable (Treatment Advocacy Centre 2016). Again, whilst the mainstream portrayal of mental health and mental illness are slowly emerging, we seldom recognise the more sinister lived experiences of those with serious mental health complications.

All mental health is equal, but some are more equal than others

Mental illness does not discriminate. Who society deems deserving of empathy however, is extremely selective. It is something to be celebrated that depression and anxiety are becoming less taboo to involve in everyday discussion, but the ‘scary’ mental illnesses are being left behind. A brief examination of the perception of Kanye West is a prime example of this. West is jeered at, mocked and ridiculed by non-sufferers in a way that it completely incompatible with the ‘its ok not to be ok’ narrative.

You will have met sufferers of serious mental health disorders. They are your friends, your family, your colleagues and your teachers. When you mock a public figure who is suffering, you are indicating to the sufferers in your own life that they cannot be honest about their condition and subsequent health. Unsurprisingly, shame and mental illness aren’t a particularly constructive combination.

I suggest that the reasons behind the ‘scary’ mental illnesses being abandoned in this movement is largely to do with our collective fear of examining the elements of mental illness that are ‘too dark,’ ‘too jarring’ or simply ‘too much.’ This simply will not do. We must be inclusive in our acceptance of mentally ill individuals.

Despite being honest about my own mental health, there is a limit to how much I feel comfortable sharing – particularly online.

“But Poppy, you’ve just preached about de-stigmatising the ugly side of mental illness for over 1000 words!”

Of course, it’s difficult to practice what you preach. I still feel the overwhelming pressure to suppress the realities of my own mental health around friends, family and colleagues for fear of being “just too much.” I am also acutely aware of the importance of appearing resilient when approaching a career at the Bar. Although it can be easy to forget, lawyers are human and I vehemently believe that a non-judgemental and all rounded view of mental illness (in all its ugliness) is fundamental for representing society’s most vulnerable individuals.

A bit about Poppy: “I am a 23 year old bar student and aspiring criminal barrister on a mission for that ever elusive pupillage! Here I intend on writing about my passion for social justice, advocacy and the social sciences. I am particularly interested in vulnerable witness handling. Outside of law and sociology I spend my time spoiling my dogs, painting and attempting various forms of exercise.”

If you’re struggling with your mental health, feeling anxious, low mood or depression, overwhelmed and unable to cope, help is available through the NHS https://bit.ly/3nApKmN

Or there is private treatment available such as hypnotherapy which combines the best of psychotherapies such as CBT, NLP, SFBT with the relaxed state of hypnosis.  Get in touch for more details geraldine@questhypnotherapy.co.uk or take a look through our website and services available. G